Logic is the study and appraisal of Arguments, it is a discipline that is concerned with the systematic investigation of the form of valid inference, that is : to check if one can go from the premises to the conclusions. 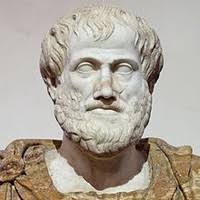 Logic starts with Syllogistic Logic, which was probably founded by Aristotle.

“Logic” is about reasoning, it is about HOW we reach a certain conclusion or conclusions based on a set of premises.

In general, Logic deals with arguments, a rational agent ought to provide good arguments in favor of his cause.

Good arguments should be valid, that is: the conclusion should follow from the premises, should have premises that are as evident as possible to the parties involved in the argumentation. And finally, the argument should avoid formal and informal fallacies at all cost.

A fallacious argument, even if its conclusion seems to follow from the premises, ought to be rejected.

We will look first at two similar arguments, one of which is a valid argument, and the other invalid.

The first argument is deductively valid, while the second is invalid, You may ask : Why ?

In other words, you cannot (by any means) , infer that “animals reproduce”, from the premises “cats reproduce” and “cats are animals”.

In other words, you need to revise and correct your argument, or add in more premises to be able to produce that conclusion.

In the coming lessons we will learn techniques devised to validate different types of arguments, that is : to know whether an argument is valid or invalid.

But for now, let us look at some types of Logic, that we will study together in the coming lessons .

This system was developed by Aristotle (the famous philosopher), it studies Syllogisms and rules to determine whether a Syllogistic argument is logically valid or invalid. This is considered the simplest type of logic , we will learn how to use venn diagrams, and other simple techniques to check their validity.

Also called, Propositional Calculus, This system was developed by Chrysippus of Soli Χρύσιππος ὁ Σολεύς around 3rd century BC.

This system uses logical tools or propositions like : AND , OR, IF.. THEN , NOT ...etc.

Example of a Propositional Argument :
Premise 1: If a Cat is White then It is not Black
Premise 2: The Cat is White
Conclusion: Therefore, The Cat is not Black
Another Example:
Premise 1: If it is an Animal AND Alive then it Reproduces
Premise 2: If it is a Cat then it is an Animal
Premise 3: It is a Cat
Premise 4: It is Alive
Conclusion: Therefore, it Reproduces

The foundations of this system were developed separately by Gottlob Frege and Charles Sanders Peirce.

It is basically extending propositional logic, while using the tools and quantifiers like “all” and “some” we find in Syllogistic Logic. This system is very powerful and useful.

The early modal system was founded by Avicenna, and used in the writings of philosophers like William of Ockham and others. While the modern modal system was developed by Clarence Irving Lewis .

The modal system builds on Predicate and Propositional Logics, and adds tools and rules that are concerned with Possibility and Necessity , like “It is possible that…” and “It must be …” or “it is necessary that…” , and so on and so forth.

This system studies arguments that use imperatives, it tries to validate or invalidate imperative reasoning, with the consideration of imperatives, this type of logic comes with a lot of paradoxes that are looked into by mathematicians, logicians and philosophers like Jules Henri Poincaré and others.

Imperative Logic allows for statements that are not declarative, but rather imperative, like : “Do this !” or “Don’t do That !” ...etc. While it uses tools and propositions we have seen in previous types of logic.

Example of an imperative argument :
Premise 1: If it is an Animal AND it is a White Then Adopt it !
Premise 2: All Cats are Animals
Premise 3: Bill is a Cat
Premise 4: Bill is White
Conclusion: Therefore, Adopt it !

This system is concerned with permission and obligation, and studies statements like “You can” and “He must” or “Ought to”, “it is permissible to” ...etc. Like imperative Logic, it builds on previous types of logic.

It extends other logical systems, and is concerned with statements like “I believe that …” or “I do not think that …”.

Many-valued Logic is a system of Logic that builds on propositional logic, but has many truth values instead of two.

In classical two-valued logics we have previously discussed, a statement can only be True or False.

In many-valued logic, statements have more than two truth values, for example : in a three-valued system, a statement can be “True”, “False” or “half-True, Half-False”.

Example of a many-valued (three-valued Logic) argument :
Premise 1: If a Cat is White then it is not Black
Premise 2:A Cat is Gray (i.e half-white, half-black)
Conclusion:Therefore, the Cat is Half-White and Half-Black.

In the previous argument, White is neither True nor False, it is Half-True, Half-false since the cat is Gray. This kind of half-true half-false statements is allowed in many-valued logical systems.

There are also other types of Logic like : Paraconsistent Logic, Intuitionist Logic and Relevance Logic.

We will do our best to cover them in these lessons.

Man is the measure of all things ~ Protagoras