Inductive Reasoning is concerned with the probability of a statement being True or False, Unlike Deductive Reasoning, Induction uses empirical and observational tools to derive conclusions, about how probable a certain outcome is. Basically, Inductive Reasoning, helps us build predictive models about the future, based on past experience. 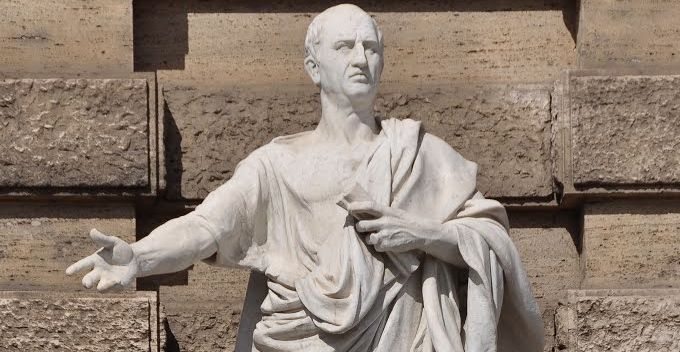 Cicero, one of the first philosophers to mention "Induction".

Induction is not only used in science, but also in daily life. For example : You can’t eat poison because you know it will probably kill you, based on past experience and knowledge.

Without contact with the outside world there is no way to know that poison kills, for instance an infant does not have this type of empirical knowledge, but as adults, we know that it is very probable that some substances are harmful.

Another simple, yet classical example : We know, by induction, that the sun will probably rise tomorrow, because it did for billions of years.

We said in the previous lesson that the argument is deductively valid … yet, we cannot determine whether the premises or conclusion are true without induction, we have to make observations and experiments to check if the first premise holds, for example.

Using observation (which is also an inductive tool),  we know that there are winged animals that don’t fly (examples : ostriches, chickens...etc). Therefore, by induction : the first premise is false.

Of course, we don’t need to check the second premise and the conclusion, but I think it would be interesting to check if they hold.

The second premise : “Pegasi are winged animals”. Is that statement True or False?

You may be inclined to say that the statement is False, since you “think” that an animal such a Pegasus does not exist.

But, remember : the statement does NOT assert that Pegasi exist. For it only assigns the predicate “winged animal” to the subject “Pegasus”, and that is all.

Unfortunately this type of statement (which is called an Analytic Statement) is usually known A priori. (we will come to A priori / A posteriori and Analytic / Synthetic  distinctions later).

That is, you don’t need observation or experiments to know that “Pegasus is a Winged Animal”. Because it is True, by definition, that Pegasi are Winged Mythical  Animals, Regardless of their existence. 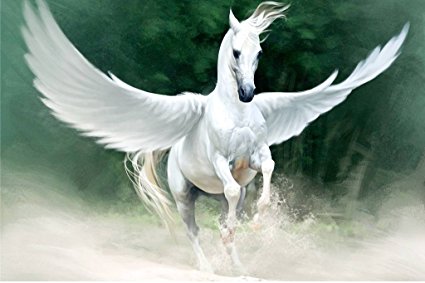 I am not saying that Pegasi or Unicorns don't exist, so they should be okay for now.

I am not saying that Pegasi exist, I am saying that as far as induction is concerned, we must distinguish between two types of statements :

But the second statement, “Pegasi Exist” is not a definition (and it is a synthetic, not an analytics statement), Therefore, To prove that Pegasus exists, we need to observe, or to find, at least one animal that meets the requirements that make it qualified to be a Pegasus.

Does it mean Pegasi do Not exist? No because, Inductively speaking, to prove the statement "Pegasi exist" … You need to find one single entity that is a Pegasus.

But, to refute the statement "Pegasi exist", is even more difficult and complicated : You will need to look in all actual worlds (in other words, in all existence, in all actual planets, galaxies,  universes), and if you did not find any Pegasus, therefore Pegasi do not exist.

What about the conclusion?

As for the conclusion, we do not know if it is true or false, all we know is that the whole argument is unsound (because at least the first premise is inductively false).

Let’s try and correct our argument using induction, we know that the premise “All winged animals Fly” is false.

To correct this premise, we will have to make a small change : instead of using “all”, let us use the more accurate “some” : Some Winged Animals Fly.

So, let’s see what our conclusion would look like now :
Premise 1: Some Winged Animals Fly
Premie 2: Pegasi are Winged Animals
Conclusion:Therefore, Some Pegasi Fly

As you can see, we used Induction to change “All” to “Some”, in the first premise, and the conclusion.

That makes our first premise True. But does it make our argument any better? NO … Why ?

Our argument is now Invalid (By deduction).

Did you make a realization yet?

We corrected our inductively false premise, and added "some", to make it True ... And we used our "intuition" to conclude that only "Some" Pegasi should be able to fly.

But this made our Argument Invalid (By Deduction).

Let's Show how our Argument (Before the Correction) is deductively valid, although inductively unsound:

To see what I mean, let’s go back to our first argument (before the correction). And draw its Venn Diagram (it is not really an official Venn Diagram, but it will help us here).

Now, Let’s draw the circle of “Winged Animals” inside it, to represent the premise “all winged animals fly”.

Now, let’s draw a circle "P" for "Pegasi" inside the "Winged Animals", to represent the premise “All Pegasi are Winged Animals”. 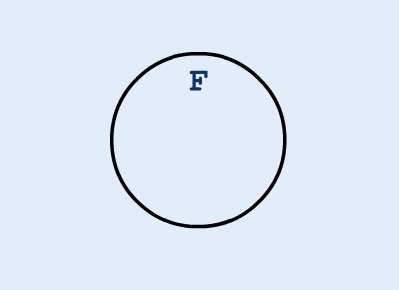 We first draw a circle "F" representing all things that "Fly". 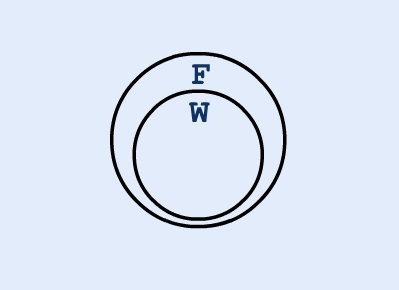 Then, we draw a circle "W" representing all things that are "Winged Animals". 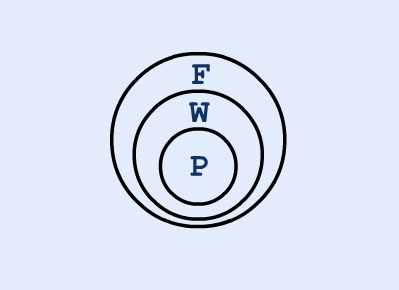 Finally, we draw a circle "P" representing all things that are "Winged Pegasi"

As you can see, the circle “Pegasi” is inside the circle "Fly", therefore, we can conclude that "All Pegasi do Fly".

And you may agree, by intuition, that we are inclined to change “all” to “some” in the conclusion too. Now let’s draw the Venn Diagram.

Let's Show how our Argument (After the correction) is deductively invalid, although the first premise is now inductively reliable:

We know that “some winged animals fly”, now let’s draw a circle to represent all flying animals.

We, again, draw a circle "F" representing all things that "Fly". 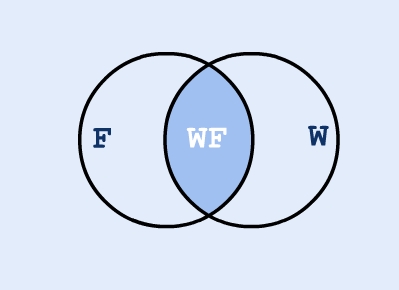 
Now, The second premise asserts that "Pegasi are Winged Animals"… we have 3 possibilities as to where to draw the circle that represents Pegasi . 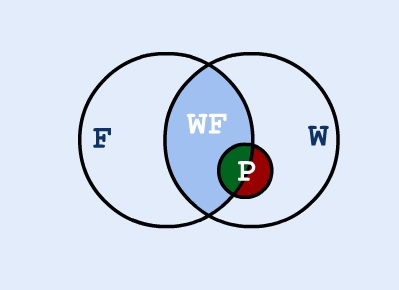 Possible conclusion 3 : Some Pegasi Fly, which matches our conclusion

As you can see, we cannot conclude “Some pegasi fly” directly, it seems like you need something else to reach that conclusion, therefore our argument is Deductively Invalid.

In future lessons, we will see rules of logic to appraise different arguments, and NO , intuition does not always work like we saw in this lesson, and that is how studying logic is tricky, and fun for that matter.

I hope you learned the difference between Inductive and Deductive Reasoning. In the next lesson we will look into different definitions like : Validity, Soundness, Reliability...etc.

What is inductive reasoning, and how does it compare to deduction?